The Detroit Pistons defeated the New York Knicks 111-107 last night at Madison Square Garden, a game in which looked lost for the Pistons in the first half, but the team took over in the third quarter and never looked back. After an Enes Kanter and-1 that put the Knicks up 21, it was looking like a lost cause for a Pistons team that fell just short of a come from behind victory against Washington the night prior. However, after some halftime adjustments, both the offense and defense came to life to complete the comeback against the probable lottery bound Knicks.

While the team looked disengaged for a portion of the game, it was Andre Drummond, who finished with 21 points and 12 rebounds, and Tobias Harris, who finished with 31 points off his own, that willed the Pistons to a Saturday night victory. Anthony Tolliver, playing his first game as a Piston since the 2016 playoffs, nailed three triples for 9 points and showed hustle and grit whenever he was on the court, something the team sorely lacked without him last year. 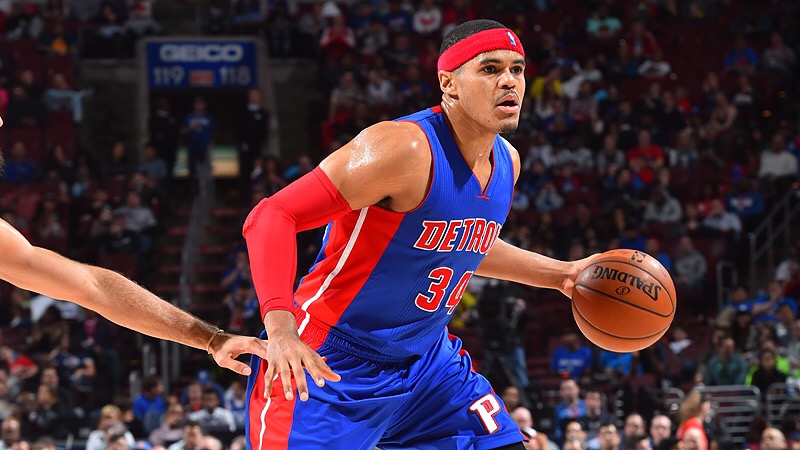 Tobias Harris has proven to be Detroit’s most reliable scorer

For the Knicks, it was a game for the big men, as Enes Kanter bullied the Pistons early on for 17 points and 10 rebounds while Kyle O’Quinn finished with 15 points and 7 rebounds of his own off the New York bench. However, just as he was last season when he scored a career-high 35 against Detroit last season, Kristaps Porzingis was a dominant force for much of the game. The Pistons threw Jon Leuer and Stanley Johnson at him, but no one could stop the red hot Porzingis, who finished with 33 points, including going 7-7 in the first half before cooling down in the third quarter.

The 2-1 Pistons take on the 0-3 Sixers tomorrow at Little Caesar’s Arena, while the 0-2 Knicks play the 1-2 Celtics in Boston on Tuesday.