We get closer and closer to the start of the NBA season with every passing week. The Central Division should have four competitive teams (sorry Chicago, though your Bulls should be fun nonetheless). News and notes are pretty light, with very few transactions made and even fewer rumors to report. All said, it is likely that the rosters in place right now are what will be seen for Opening Night. In place of some news and notes are links to the full team schedules, which were announced last week.

On we go, starting once again in Northeast Ohio.

As mentioned two weeks ago, the Cavaliers were in on free agents David Nwaba, Trevor Booker, and Luke Babbit. Since then, Cleveland has reportedly agreed to terms with Nwaba. The young shooting guard averaged 7.9 points and 4.7 rebounds per season last year, but offers more upside with his perimeter defense. The details of the signing are not yet known, but the Cavs do have some room with their trade exception received from the Kyrie Irving trade last summer.

Cleveland also completed a trade last week, acquiring forward Sam Dekker and cash from the Los Angeles Clippers. The Cavs had (and maybe still do) have a need for a backup power forward behind Kevin Love so Dekker should fill that role somewhat. The former Wisconsin Badgers product was a borderline G League player, but, because of brutal injuries to players above him, appeared in 73 games for the Clippers. Dekker shot 49 percent</a from the floor last season and projects as a considerable buy-low candidate.

In order to make room for Dekker the Cavaliers released Okaro White, whose contract would have become partially guaranteed.

Few news and notes for the Bulls over the last two weeks. They did, however, add former Michigan Wolverines standout Derrick Walton Jr. on an undisclosed contract. He spent last season with the Miami Heat and their G League team and figures to be a training camp guy this time around with the Bulls.

For the second roundup in a row, a former Pacers player (in this case two of them) are heading to play basketball in China. Guard Joe Young and forward Trevor Booker will both be taking their talents overseas. Young is still, well, a young player with some upside. Hopefully he will get more playing time in China to improve his skill set. Booker on the other hand is a quality NBA backup big who should have received more interest. Even in his tweet announcing the move to China, the vet said he knows he belongs in the NBA.

Although I know I belong in the NBA, I’m excited to announce that I’ll be heading to China this upcoming season. The summer didn’t pan out as I hoped, but I assure you that I’ll be back on a NBA floor terrorizing people again soon enough.

Pistons forward Jon Leuer underwent surgery for a partially-torn meniscus, the team announced. The timetable for Leuer’s return has not been identified yet, but can vary from several weeks to several months. The big-man has dealt with injuries since signing with the Pistons two off seasons ago. This latest injury presents a dilemma for the bench unit. Leuer was lined up to be the safety net behind star Blake Griffin, as it is fairly evident that Henry Ellenson is not nearly ready for that workload. Griffin also has quite the history of injuries and needs to have a proper backup to not only fill in but reduce the workload. That role may fall on Ellenson after the Pistons let fan-favorite Anthony Tolliver walk. 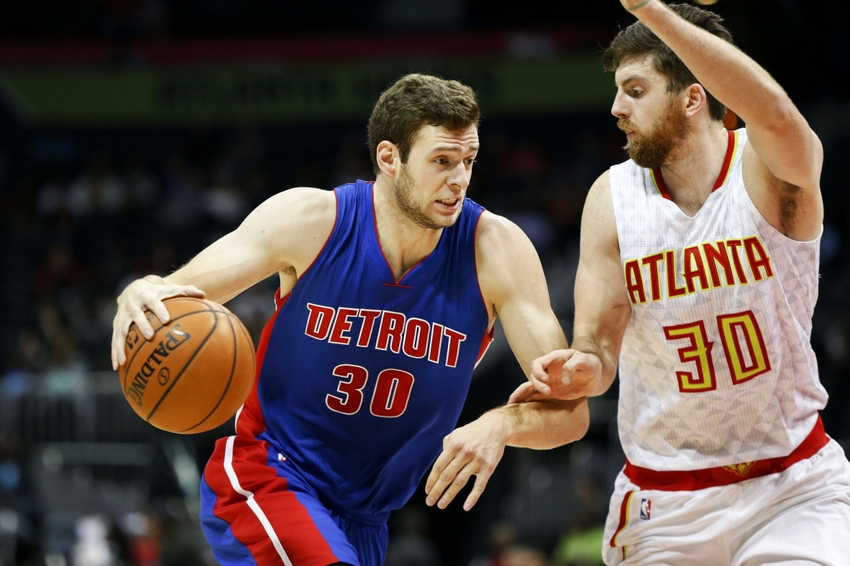 Detroit also continues to round out its front office, this time with the hiring of Sachin Gupta as assistant general manager. Gupta has an extensive history working with analytics and figures to take on a similar role with the Pistons. Last season, Gupta was with the King of Analytics himself, Houston Rockets General Manager Daryl Morey. Prior to that, Gupta was with the Philadelphia 76ers.

In what may delight many Pistons fans, the team announced that head trainer Jon Ishop is no longer with the team. This comes on the heels of Arnie Kander coming back to the team, and Kander appears to have control over the Pistons’ medical staff. With the many injuries that piled up over the years with Ishop (and truthfully, the many injury-prone players on the roster) it was time for a change.

Detroit also added Zach Lofton for their upcoming training camp. Lofton played with the Pistons Summer League squad and looks to make an impact in camp as well.

The Pistons 2018-2019 schedule was released and we did the heavy-lifting in terms of analysis and games to watch for.

The Bucks, in an effort to acquire some more shooting, re-signed free agent guard/forward Shabazz Muhammad. The former UCLA product was acquired by Milwaukee late last season and provided 8.5 points and 2.8 assists per the 11 games played. After fallout out of favor in Minnesota last season, Muhammad was released March 1st and signed with the Bucks just three days later. Without an open roster spot, Muhammad is not guaranteed to make the team. However, the Bucks are always in need of more shooting and offensive creators.

Milwaukee does get a Christmas Day game at Madison Square Garden against the New York Knicks. For the Bucks, who are an Eastern Conference contender, it is well-deserved to have them on arguably the biggest basketball day of the year.