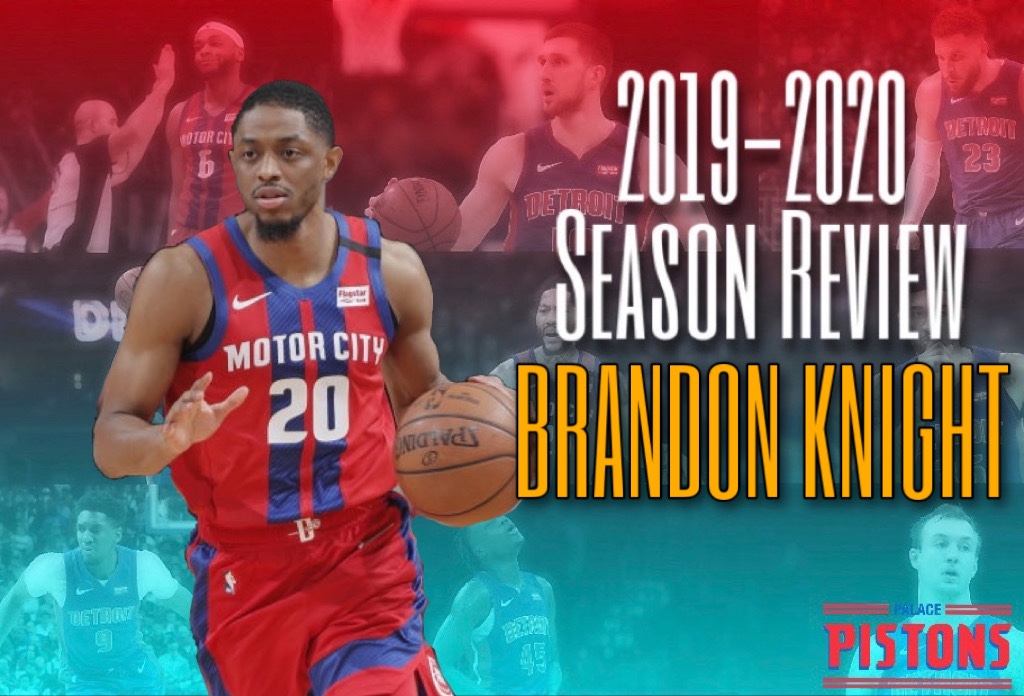 Since tearing his ACL in 2017, Brandon Knight has not been the player that he was hyped up as coming out of Kentucky. Knight has bounced around the league since being drafted by the Pistons in 2011, having played in Milwaukee, Phoenix, Houston, and Cleveland since. However, Knight found his way back to Detroit this season as a contract dump by the Cleveland Cavaliers to make the money match in the Andre Drummond trade.

Going into the 2019-2020 season, Knight wasn’t in the rotation in Cleveland as the Cavs had two young point guards on the roster in Collin Sexton and Darius Garland. In 16 games in Cleveland this year, Knight averaged a poor 4.9 points and 1.9 assists on 32.6 percent shooting and 29.7 percent from three in 15.1 minutes a night in only 16 games. Being out of the rotation in Cleveland had Knight looking like he was going to be out of the league before he turns 30. However, in nine games with the Pistons, before the suspension due to COVID-19, Knight looked like a guy who can give quality backup point guard minutes.

With the only point guards on Detroit’s roster being Derrick Rose and Jordan Bone, who’s a two-way player, Knight was inserted into the backup point guard spot. In nine games in Detroit, Knight played an average of 24.6 minutes a night, putting up 11.6 points and 4.2 assists on 38.8 percent shooting from the floor and 35.7 percent from three. Knight put up a season-high 19 points against the Phoenix Suns on February 28, 2020.

A big fourth from D-Rose and Brandon Knight got it done on Friday.

Your highlights in #Pistons Playback crafted by @Flagstar pic.twitter.com/HnIEYLyEcZ

Not only has Knight shown leadership on the court, but he’s shown it off the court as well. On June 4, 2020, Knight joined Detroiter’s during a Black Lives Matter protest.

"We're voices that can be heard. Everybody has a voice," he said. "Just trying to bring awareness to the situation."@Goodknight11 | @DetroitPistons | @WXYZDetroit pic.twitter.com/7kXYviVPpf

With Knight’s contract up this offseason, I would not be surprised if the Pistons tried to bring Knight back on a small deal to add point guard depth and to be a leader in the locker room.