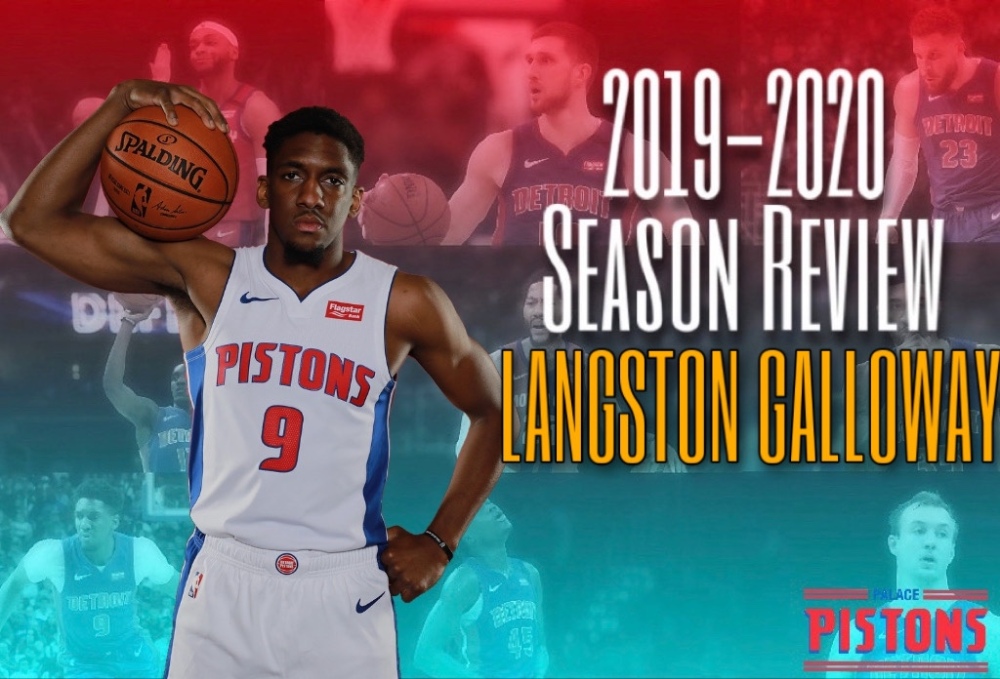 Entering into the final year of his three-year deal with the Detroit Pistons, Langston Galloway, along with Derrick Rose, were set to be the veteran presences that led the young, up-and-coming Piston guards into the future hoping to bring success to a team that has struggled the majority of the past decade. Galloway, coming in at 6-foot-1, 200 pounds was the guy the Pistons hoped to be the veteran sharpshooting option coming off the bench, as well as a guy they could plug into the starting lineup when needed when he was brought to the organization back in 2017. Although not being a “high-profile” type of guy, and the season being cut short due to a pandemic outbreak, we can agree that Langston Galloway did just enough in his role going into free agency.

Playing in all of the 66 games the Pistons were able to play in, starting in 6 of those games, Galloway did put up higher numbers this season than his career average in minutes (25.8),  field goal % (43.5), 3-point % (39.9), free throw % (85.9), and points per game (10.3). Galloway shot almost 40% from 3 this year making two shots every five attempts. Galloway turned in 101 total assists during the season, 1.5 assists per game, 2.8 assists per 48 minutes, all the while turning the ball over 40 total times, and putting up a 2.5 assist-to-turnover ratio. Galloway also racked up 2.3 rebounds per game, 0.7 steals per game, 0.2 blocks per game, and 1.5 fouls per game. These stats totaled up brought in a 12.36 Player Efficiency Rating for Galloway, again, his best since being in a Pistons uniform. Although the season was cut short by 16 games for the Pistons, this was Galloway’s most efficient year with the team, which has to be promising heading into free agency.

Arguably, Galloway’s best performance of the season (and quite possibly as a Piston) came on November 15th, 2019 when the Pistons traveled to Charlotte to play the Hornets. Galloway scored a career-high 32 points off of 11-16 shooting, 7-11 shooting from beyond the three-point line, and 3-3 from the charity stripe. Galloway also added two rebounds, an assist, and a foul during the game, in which Detroit would fall to the hands of a game-winning three from Malik Monk as time expired.

Galloway showed more of his playmaking ability when the Mighty Bucks (of Milwaukee) came to town on the 4th of December in 2019. Galloway put up 20 points on 7-10 shooting, 4-5 from three, and 2-3 from the free-throw line while adding in a rebound and an assist in a loss, 127-103.

Although this was hands down Galloway’s best year as a Piston, with many young guards waiting in the wings and Detroit having the chance to get into the top 5 in this years draft with talent such as LaMelo Ball and Anthony Edwards being two targets for Detroit, Langston probably will not be back in a Pistons uniform next season. However, because of the year he had. this likely means that he will be scooped up by a competitor in the offseason and given an opportunity to be the sharpshooting vet off the bench that can be the difference in any game if he can get going offensively. Not only will Langston’s shooting be missed if he isn’t retained, but his mix and matches of shoes every game will be as well.